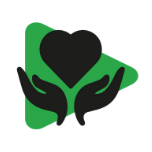 More from Our Supporters

Peace Parks Foundation CEO Werner Myburgh, and Chief Development Officer Lilian Spijkerman, are with the Postcode Lottery Group in South Africa to learn more about how their generous funding has contributed to conservation efforts. After spending some time with the South African National Parks (SANParks) counter-poaching team in the Kruger National Park, the group goes on to visit to the Southern African Wildlife College (SAWC) to learn about conservation education.

With their headquarters just outside Kruger’s Orpen Gate, the college has been making waves in the conservation space for over a decade. Recognising the rapidly arising challenges in and around protected areas, the college soon became, and still is, a globally recognised centre in conservation education, training and skills development. By partnering with non-profit organisations like Peace Parks Foundation, the Southern African Wildlife College has helped train over 50 000 individuals from 56 different countries, whose students now work across 127 parks throughout Africa.

After a quick introduction, the group is taken to visit the much-loved K9 unit. Established in 2015, the college’s K9 unit was born out of the need to respond to the rapidly rising levels of wildlife crime. With their keen sense of smell and ability to outrun any human on foot, they became a force multiplier on counter-poaching operations. There are currently three rows of kennels that have been built to safely house the dogs, and what has made their K9 unit quite unique and extremely effective is what is known as the ‘off-leash’ free-running pack of dogs.

In a demonstration led by K9 Handler Tristan Patrick, the group is shown how the dogs would operate when on a real-life detection mission. The dogs have been trained to identify four scents, including weapons and ammunition, pangolin, rhino horn and ivory. Their training begins by having four different objects in a row, such as pipes, tyres and boxes, with one containing a specific scent in a ball. The group is left in awe as the well-trained dog correctly identifies where the scent has been hidden in the vehicle.

Seeing the speed and excitement of working dogs in action is a special experience, and the relationship between them and their handler is one of complete understanding. Peace Parks is incredibly grateful for the contribution that these canine units and their teams in helping to combat wildlife crime.

More in Our Supporters: