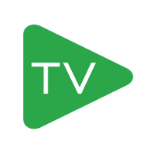 A powerful symbol of hope

The year’s best film and Werner’s absolute favourite story is about the fastest animal in the world, the cheetah. The film takes the top spot because it is an emotional story of wild cheetah being translocated and released into Maputo Special Reserve for the first time in over 50 years. It stands as a symbol of what is possible in conservation when people work together. Over the past decade Peace Parks Foundation have been working with the Government of Mozambique and many, many other partners all rewilding and rejuvenating Maputo Special Reserve, now known as Maputo National Park through collaborative efforts. The fact that apex predators like these cheetah have now been released into the park shows the incredible ability of nature to recover and the possibilities that humankind can achieve, turning a ‘paper’ park into a living and thriving one. The cheetah is a symbol of hope for the future.

More about the film…

In the lore of conservation, all translocations are not equal. Capturing an elephant might sound difficult but in fact, when darting it from the air, its vast body offers a huge target area to aim for. Cheetah, on the other hand, are the fastest land animals on earth, able to shift gear from zero to 96 kilometres per hour in only 3 seconds, and then reach sprinting speeds of around 120 km/h, so the team had to be extremely nimble to catch one. It takes a highly skilled pilot and crew plus a vast team of experts to safely capture, care for and transport cheetah.

That day, the action was happening in South Africa at the Waterval Private Game Reserve in the Northern Cape. A mother and her sub-adult female cub, donated by cheetah conservationists, Ashia, were darted by wildlife veterinarian Willem Burger in the field and taken by helicopter to a team of waiting in a safe, shady location. These precious cats were carried carefully on stretchers with masks over their eyes to minimise stress, as they are extremely vulnerable animals. They run the risk of overheating whilst sedated, so the vets have to move fast, placing ice all around their bodies to keep their temperature stable. For each degree the body warms up they need 20% more oxygen, so tubes are placed into their noses to deliver this to the sleeping cats. But cats can also die of pneumonia if their body temperature plummets, so the vets were with the cats continually, monitoring their temperature, checking their heart rate and managing the flow of oxygen.

Once a collar was fitted – needed to later monitor their movements in their new home – and the cheetah were stable, they were gently manoeuvred into purpose-built crates on the back of a truck for the next part of their journey. At this stage they were given a shot to wake them up but still keep them slightly sedated so that they remained calm during transit.

The trucks drove them to the airfield where they boarded the plane for their flight south to their new home in Maputo Special Reserve.

The importance of this translocation cannot be overstated. It really was an historic event. After many decades of destructive human impact in Mozambique, this collaboration between Peace Parks, ANAC and many other partners has introduced cheetah back into Maputo Special Reserve, where a phenomenal 19 000 animals now live, offering plenty of food for the cheetah. This is another step towards restoring a balanced environment and healthy ecosystem.