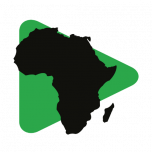 Zinave: A Vulture Haven In The Making

The Importance Of Vultures

It is undeniable that vultures carry a negative stigma derived from their scavenging habits of eating dead or decaying meat. Of course, box office films like The Lion King have not helped to enhance their reputation much. Despite being famously misunderstood, vultures play a critical role in helping to maintain a healthy ecosystem and mitigate disease outbreaks. Now, Peace Parks Foundation and BirdLife South Africa have joined forces, and a recently launched project has seen Mozambique’s Zinave National Park become a Vulture Safe Zone – the largest of its kind in southern Africa.

To help us understand more about this partnership, Peace Parks’ Communication Coordinator, Lésa van Rooyen sits down with one of the world’s leading vulture researchers, Linda van den Heever who is the Vulture Project Manager at BirdLife South Africa and BirdLife South Africa’s Landscape Conservation Programme Manager, Dr Melissa Whitecross – a birding guru in her own right.

Of the 23 vulture species occurring throughout the world, nine are residents or migratory residents that regularly travel to and from Africa. Three of these species are endemic to the continent: the white-headed vulture, hooded vulture and Cape vulture. Although the species was once widespread throughout the continent, the ever-growing list of threats such as collision with power lines, lead poisoning and persecution for traditional ‘‘muthi’’ has seen several African vulture populations decline by up to 95% over the last few years.

Through data collected by the Endangered Wildlife Trust on vulture movement in southern Africa, an identifiable flight path from the Kruger National Park in South Africa to Zinave National Park has been established, with both the critically endangered white-backed vulture and white-headed vulture known to frequent this route. It therefore remains of utmost importance to mitigate risks along this corridor, which is an extensive challenge for both organisations.

With Zinave National Park having been declared a vulture safe haven, a concept which aims to reduce the risk of dangers that they face such as power-line collisions, poaching and lead poisoning in order to help stabilise existing populations, it is now ready to help protect the vultures that frequent the area. This 408 000 ha open system is a part of the Great Limpopo Transfrontier Conservation Area. It has been a biodiversity work-in-progress since 2016 when Mozambique’s National Administration for Conservation Areas and Peace Parks Foundation entered into a long-term agreement to co-manage the park.

Through new operational and tourism infrastructure, enhanced conservation management, training of counter-poaching units and intensive rewilding efforts with more than 2 300 animals already being reintroduced into this once eerily quiet park, this now incredible tract of wilderness is slowly being ecologically restored. Through collaborations with like-minded organisations like BirdLife South Africa, who are making waves within the avian conservation space, Zinave’s future looks brighter than ever. As it continues to blossom, we are confident that vultures will soon find refuge to rear their chicks here – a safe place to call home.